This article contains the results of the Vietnam vs Indonesia match which took place in the second leg of the 2022 AFF Cup semifinals. The Garuda team was unable to reach the championship match. Due to losing the first two rounds by 0-2 and quickly conceding goals in both matches.

The Vietnam vs Indonesia match took place at My Dinh National Stadium in Hanoi. Actually, Head Coach Shin Tae-yong immediately made adjustments to the line-up. He fielded some of the better players.

It was Nguyen Tien Linh who finally managed to escape against Nadeo Argawinata. Previously, he managed to escape the offside trap and was happy to receive a long ball from Do Hung Dung. He only needed one kick inside the penalty box to shake the Red and White goal. 1-0.

After that, the Indonesian national team tried to apply pressure, especially from the right wing. However, Vietnam was able to hold them off with a very low score. Asnawi was really made unable to move because of what happened.

Analysis of the Vietnam vs Indonesia match

Vietnam was the first team to score in the match, and they did it within the first three minutes. Nguyen Tien Linh was able to avoid the offside trap. After dodging it using Do Hung Dung’s long ball as a starting point. He then shot the ball into Nadeo’s goal. The final score is Vietnam 1, Indonesia 0. 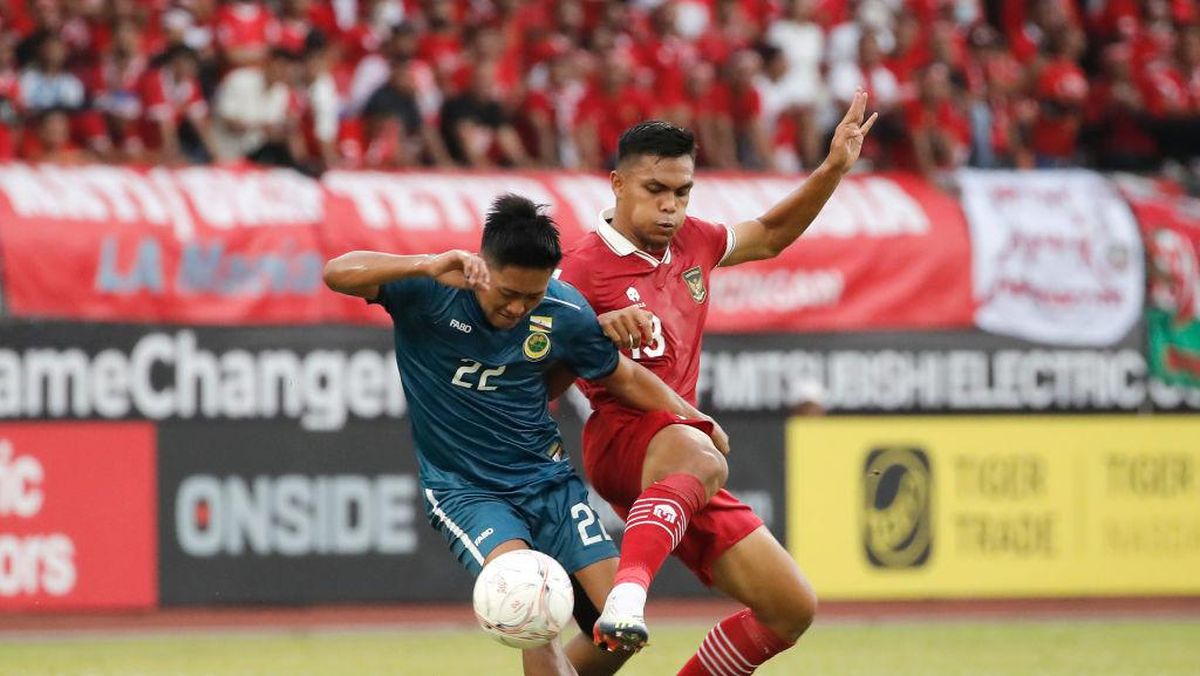 Vietnam’s confidence increased thanks to their 1-0 advantage and they started to attack. Even the goal area itself is off limits thanks to the Golden Star.

The level of competition continues to increase. Bui Tien Dung received a warning in the form of a yellow card from the referee. Because he had violated Dendy Sulistyawan. In addition, the Vietnamese players committed many fouls throughout this match.

However, Indonesia faces its own challenges in developing the game. Because Vietnam continues to suppress a strong defense. Of course, it is very easy for Indonesia to lose possession of the ball. Especially when they approached the Vietnam goal.

At the end of the first half, the Indonesian national team had the only chance which was quite dangerous. Precisely through Pratama Arhan’s long pass which was headed by Fachruddin Aryanto. But, alas, the ball bounced far beyond Vietnam’s goal. The match ended after the first half with a score of 1-0.

The two head coaches did not make any substitutions during the halftime break. The flow of the game is also not much different, the Vietnam national team immediately stepped on the gas from the start of the match.

Just two minutes into the match, Nadeo’s goal began to shake again. Nguyen Tien Linh was able to add his name to the scoreboard for the second time. The score currently stands at 2-0 in favor of the home team.

The Indonesian national team, which was trailing 2-0, tried to increase the ferocity of their attacks. But again, the Garuda squad had difficulty coping with Vietnam’s onslaught of pressure.

Nguyen Tuan Hai almost caught the ball in the Indonesian goal in the 58th minute. But Nadeo was able to easily deflect the shot away from the goal. The two sides are still buying and selling attacks with each other. Nonetheless, both Indonesia and Vietnam had difficulty finding opportunities.

In the 88th minute of the game, the Vietnam national team almost scored their third goal. Pham Tuan Hai was able to get past the Indonesian defender before firing a low shot. But Nadeo is able to save the day and prevent the opportunity from materializing. During injury time, the two teams continued to exchange offensive opportunities. Vietnam, however, emerged victorious by 2-0.